Welcome to our Paladin Guide for Final Fantasy XIV, Endwalker 6.08!

The myth of the Paladin (PLD) describes them as holy warriors who are crucial to the defense of their base class. Their main purpose as tanks is to defend and heal their allies. In Final Fantasy XIV, they are programmed and considered the strongest and most defensive out of the four tanks. By using barrier and healing spells, being a Paladin increases the protection of their allies and themselves. If you’re an avid fan of playing massively multiplayer online role-playing games (MMORPG), you’ll notice that the Paladin is a popular character in almost every one of them.

While the Paladin is considered the most heavy-built among all the tanks, it has a few weaknesses. For example, unlike the Gunbreaker or the Dark Knight, you won’t be able to inflict maximum damage as the Paladin. In terms of self-healing, you won’t be able to self-heal as drastic as the Warrior. Despite these weaknesses, it is still considered as the number one choice of tank. It had even earned its name as the “standard tank”.

Moreover, as the Paladin, one of your main concerns is simply to survive; something that you can easily do. Considering that your rotations and mechanics are easy to learn and master, you’ll be indestructible in no time. Now that you’ve been introduced to the Paladin, the next thing to do is learn how to master playing it.

This guide is meant for beginners who want to learn how to play the Paladin smoothly and more effectively. As with any class in FFXIV, mastering it requires investing a lot of time and energy to practice.

Get the latest Final Fantasy XIV News on MMORPG.GG!

Who Should Play A Paladin? 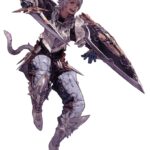 So, how do you know if playing the Paladin is for you? If you’re looking for a class that has a high survivability rate, this is the perfect fit for you! Additionally, if the idea of switching between different class roles sounds appealing to you, then playing as the Paladin won’t disappoint.

Is The Paladin a Good Class? As mentioned earlier, Paladins are one of the most crucial roles when it comes to defending their base class. As support/martial classes in the game, they are the most difficult to kill or strike. This is because of their heavy armor as well as hit points. In addition to that, what makes the Paladin a good class is that it provides healing and protection to its party members. So yes, the Paladin is an excellent class.

Is It Hard to play a Paladin? 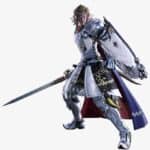 If you’re worried that playing the Paladin might be hard, erase those worries! Paladins are one of the easiest classes to play since they work around a few healing spells. When it comes to mechanics and rotations, it can be easily learned as well. All you have to do is take note of the different spells and main combinations.

How Do I Become A Paladin?

To become a Paladin, it is important to reach Level 30 Gladiator and make sure you have finished the L30 GLD class quest (The Rematch). After that, you will be able to unlock the actual quest to become a Paladin or the Paladin’s Pledge. You can find this in the Gladiator’s guild from Lulutsu (also known as Ul’Dah – Steps of Thal)

Additionally, you have to complete a Level 20 MSQ, Sylph Management. Keep in mind that as you complete the Paladin’s quest, you should equip yourself with the Soul of the Paladin to formally become one.

What is the Best Race for a Paladin? 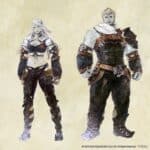 Race doesn’t really matter much in FFXIV as the starting stats won’t make any impact, so generally, you should pick the race that you want to play. Str & Vit is the most important stats for the Paladin so if you want to you can pick a race with high Str & Vit.

When looking for Paladin gear, get gear based on Item Level first.

Feast of Gluttonous Hedonism. Alternatively, Tenebrous Crown Roast Aspic would be good too.

Potion of Spectral Strength would be the best potion to choose, no matter how many enemies you’re going to encounter.

Rotations in FFXIV can be a bit confusing which is why investing a generous amount of time and energy is important to get the hang of it. In learning rotations, you shouldn’t worry too much about perfect positioning because you’ll get there soon.

In this guide, the main and basic rotations for the Paladin will be explained to you as simply as possible.

It’s recommendable to start with your base rotation and progress to other combos as you upgrade from Gladiator to Paladin, and so on.

Fast Blade is your very first action as a Gladiator with the Riot Blade coming next. These two actions are going to be your main combinations until you reach level 26. Once you reach that level, you gain the Rage of Halone, which does greater damage. When you progress to Level 60, it upgrades to Royal Authority which will be your constant base combination.

Royal Authority adds some spice to your combination by giving you three stacks of Sword Oath, which is a buff that lets you use another action. This is gained at level 76, also known as Atonement. With these combinations, you’ll be able to inflict greater damage.

The first part of this combination was tackled earlier. However, what makes this combination different from your base combination is that the Goring Blade becomes the third part or leg of your combination. This deals a damage-over-time debuff on your enemy target, giving them 85 potencies in over 21 seconds.

To master this combination, you can start by doing it in single-target encounters to cast the damage-over-time on your target. Next, use your base combo. This will result in a powerful rotation, which is your damage-over-time combo and base combo back to back with each other.

Extra tip: Before using these combinations, you may want to use Fight or Flight. By using that action, you gain a 25-second buff which intensifies the physical damage you inflict by 25%. Together with the Goring Blade, your combination becomes harder and stronger.

If you’re still below level 40, that means that you only have one area-of-effect (AoE) action. Once you reach this level, you will be able to gain a stronger combination called Prominence. This combines with Total Eclipse, giving you the ability to inflict greater damage. This is best used when tanking in dungeons, as it is your main action to grab multiple enemies at once. Once they are trapped in this position, you can now switch to single-target rotations to deal with a specific enemy first.

There are many more combinations to practice and learn, but these are the most basic and easy to learn. So, that’s it for our Paladin Guide. Let us know if you have any questions or suggestions in the comments below!

Get the latest MMO news at MMORPG.GG