Welcome to our Plat guide for Classic Everquest. This guide was written with P1999 in mind but can be used on any classic or progression EQ server to make platinum.

Making plat in EQ is pretty tough, especially as a new player and gearing up is done mostly through plat, except from at the end-game when you can raid to get gear.

Well geared players,especially melee classes, have a huge advantage if they can afford to buy twink items such as the Fungi Tunic, haste items and powerful weapons when leveling. So it’s safe to say that making plat is an important aspect of the game.

Not all classes are great for farming plat. Classes like Rogues and Warriors solo very slowly and has little to no utility for making plat. Monks can hardly carry anything making them poor as well for plat making.

On the other hand, other classes are masters at making plat. Druids and Wizards can port for easy plat and Necromancers and Shaman can solo all types of stuff for plat. Below I will go through all the viable class choices for plat making.

Bards are great at soloing and are the fastest leveling class in the game. When it comes to making plat, their advantage is their ability to level up quickly and then powerleveling other players, which can make thousands of plat per hour.

From level 29, Druids have access to ports all over Norrath. Porting can make you quite a bit of plat as most people will donate for a port. You can easily make hundreds of plat per hour by porting. Druids can also quad kite which is good for leveling and making plat at the same time.

At higher levels they can also powerlevel other player decently for plat.

Enchanters are great soloers with a ton of utility. They can farm a lot of high level farms to make plat.

One of the strongest soloers in the game, capable of farming a lot of plat both while leveling and at end-game.

Another strong solo class that can hold down plat farms by themselves. Shamans are a bit more gear dependant than Necros and Enchanters though. To really be powerful and make plat, you will want to have the spell Torpor, you epic weapon, a JBB and maybe a Fungi Tunic, and all that will set you can a few hundred K unless you have powerful friends that can farm these items with you.

Like Druids, Wizards can port at level 29, enabling them to make a decent amount of plat from a relatively low level by porting.

The East Commonlands Tunnel is the trading hub on P1999. Some other private servers has the Bazaar, which works a lot more like an Auction House. On P1999 though you have to sell your items the old fashion way, through the trade chat.

When you want to sell or buy from other players you will need to travel here and interact with the people here.

In addition there is also a East Commonlands forum section for buying and selling on the P1999 forums. Using these forums to sell is recommended if you are serious about making plat.

Reselling items from vendors can make you some decent plat at lower levels. Reselling from other players however can be one of the best ways of making plat in the game.

Vendor reselling can be done as soon as you have a few plat. When you visit a vendor, look for cheap items that can be resold for more to players.

Reselling items from other player can be a huge plat making method. If you’ve spent some time in the Commonlands tunnel you have probably seen some players offering to buy items for something like 50-80% of item value. Other players who don’t want to spend time standing around and selling will sell to them and they can sell the items for more and make a profit.

You can also look in the auctions chat for cheap items and resell them.

In the image above you can see a bunch of different items being sold. Hero Bracers are being sold for 170p which is the low in the price range for that item as you can see below in the screenshot from the P1999 Wiki.

As you can see, Hero Bracers sell from 150 to 300 plat. So if you have some patience to stand around at the tunnel you can easily double you plat by buying and reselling these when possible.

Druids and Wizards can port other players from level 29. Most people will donate for ports. Some people will donate 50+ plat for a port that only takes a few seconds for you to do, so you can potetially make hundreds of plat per hour.

The guild Dial a Port is a guild only for porters. If you need a port in P1999 you can message players in this guild, so becoming a member is advantageus for plat making as well.

Enchanters and Shaman can also powerlevel but to a lesser degree.

Posting in the East Commonlands Tunnel Forum that you are powerleveling for plat is a great way to reach customers.

First of all, always ask before looting! In Everquest, you can loot any corpse after a set amount of time has passed and the person or group that killed hasn’t looted it. There is a rule on P1999 though that the loot still belongs to the player that killed the mob even if he’s not going to loot it, so don’t just go around and loot stuff, always ask permission first, or you might be banned.

Most players are cool with it though, so you can actually make a decent amount of plat by looting.

When I started playing on P1999, I wanted some plat to buy some starter equipment. So I made a dwarf and took the boat over to Firiona Vie, where I got another player to bind me. I then ran over to Karnor’s Castle (I died a lot on the way there), and asked people there if I could loot anything that they didn’t want. To sweeten the deal you can offer to loot, run back to FV and vendor, and then split all the plat you make with them. Most players are cool with you just looting the stuff though.

I ended up making a few thousand plat here, which was enough to twink my character a bit before starting out. A lot of gear like the Jarsath and Flayed Skin sets drop here frequently so you can gear up with these also.

Leveling from 1 – 10 is pretty fast so making plat shouldn’t really be your main concern just yet. There are a few ways to make a few plat though.

Cracked Staves – If you see Skeletons, gnolls or orcs holding staven, kill them. A Cracked Staff will vendor for around 1p.

Bears – When you are high enough level to kill various bears like a Black Bear or a Grizzly Bear, kill them for a chance at High Quality Bear skins that sell for 30-40p to other players.

Bone Chips – Skeletons drop Bone Chips. A stack of Bone Chips sell for around 10p to other players. Don’t go out of your way to farm these though as a lot of players are selling these and not that many are buying. It’s a nice bonus though if you are already killing skeletons.

Spiders – Spiders drop Spider and Spiderling Silk. Like the Bone Chips though, a lot of people are selling these and not that many are buying.

5-12 Rabid Wolves / Rabid Grizzly – These are found in Qeynos Hills and in the Karanas. They drop Diseased Pelts that can be turned in to Priestess Caulria in North Qeynos for 2p each. The quest also gives you a very decent amount of XP.

10-25+ Level Greater Lightstones – CLICK TO SEE VIDEO Willowisps are the first great opportunity to make plat. Greater Lightstones can be turned in to Smith Tv`ysa in South Ro or Mrysila in Northern Karana. The reward is Concordance of Research which is worth around 10p. Normal Lightstones are also good for XP but not for making plat.

Willowisps spawn all over Norrath but the best spots to farm them are the island in Erud’s Crossing reached through boat from Qeynos or in Northern Karana.

At level 25 the quests still reward a nice chunk of XP.

13+ Bandit Sisters – The Nybright bandit sisters camp in Lesser Feydark is a decent plat camp but is often taken.

24-30+ Sister Hut in OoT – Larisa Gelrith and Ascania Halvbin drop longswords worth 12p every time + other misc. loot. One of the best plat camps for these levels.

25+ Wooly Mammoths in Everfrost Peaks – Tusks sell for 10p, you need to get bags that has room for giant sized items.

27+ Treants in Southern Karana – To the north east. One of the best plat making camps at this level. Sell at Aviak or Centaur village.

30+ Sol A – Generally a good zone for it’s level for both XP and Plat. Best for groups.

25-40+ Guards in Highpass Keep – Some of the best XP in the game and good plat. You can sell to Krystalle Corsair

35-50 Spectres – On Spectre island in Oasis or in Ocean of Tears. Good XP and Scythes sell for 10 plat.

35-50 Guards in East Freeport – Close to the docks. Merchant in the house on the docks will still buy from you.

40+ Seafury Cyclops in Ocean of Tears – Drops gems and Plat

45+ Guards in major cities – Depending on your race you should pick either Butcherblock / Kaladim, Felwithe, Oggok, Ferrot, Grobb or Freeport. Guards drop FS weapons.

45+ Ice Giants in Everfrost Peaks – Drops a lot of coin so you can see if there are some low level players that want to loot and sell for you for a piece of the pie.

60 A Cliff Golem in the Overthere – Drops various +50 spells

If you have any tips for Classic Everquest / P1999 plat farming locations, please leave a comment, the guide will be continously updated! 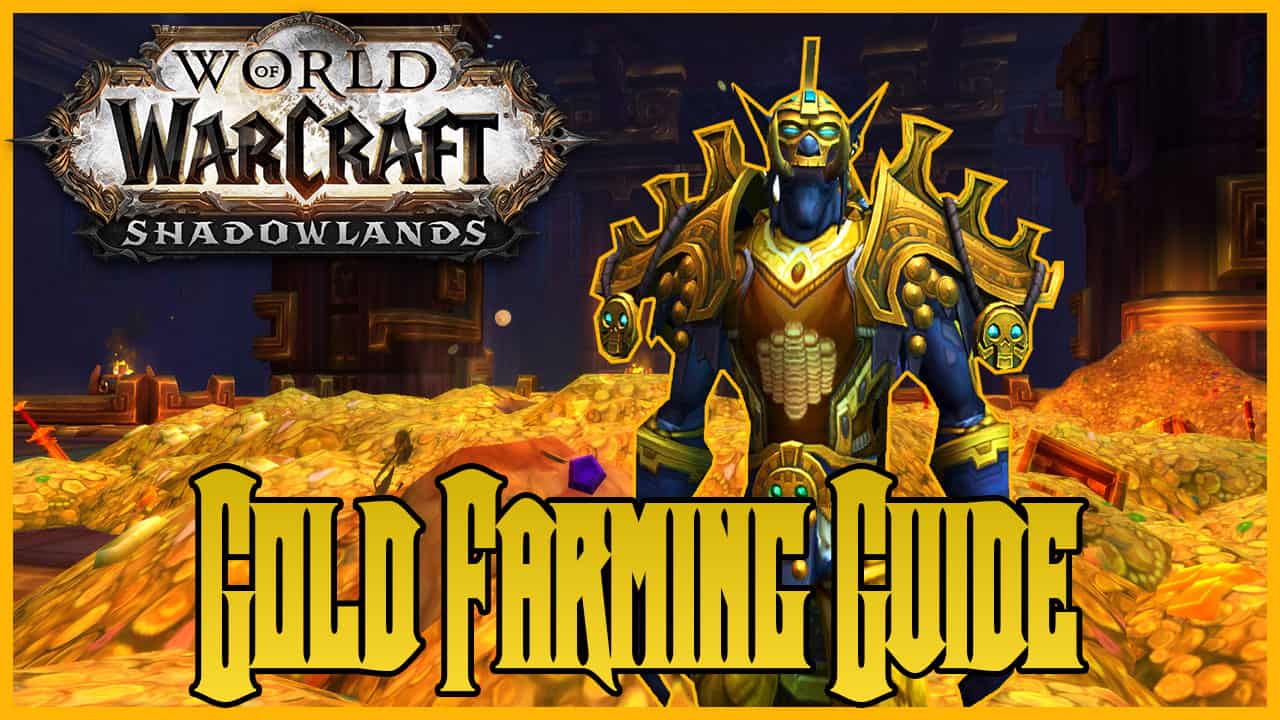 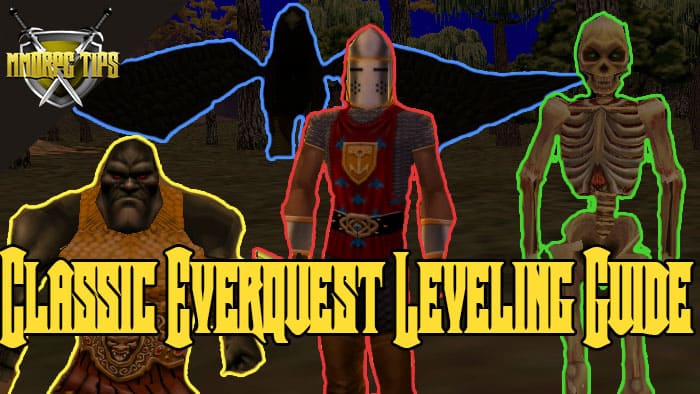 Great guide, thanks for making it!